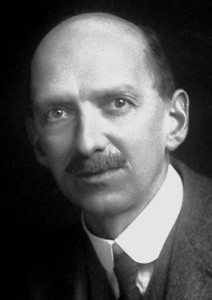 The Wilson Society (or WilSoc for short) is the society for Natural Scientists at Sidney Sussex College, Cambridge, and all “NatScis” are automatically members, free of charge. We organise talks by external speakers across a range of scientific subjects and disciplines, as well as running social events, such as bar crawls and formal swaps, throughout the year for NatScis of all ages to bond and exchange banter over curries, drinks and black tie dinners.

The Wilson society was founded by Charles Thomson Rees Wilson who initially studied Biology, intent on becoming a doctor. However on coming to Sidney Sussex and he became increasingly interested in Physics and Chemistry.

Wilson’s particularly interests lay in meteorology, hence in 1883 he began studying the mysterious properties of clouds. His work brought him to Ben Nevis where he worked for some time studying cloud formation. Determined to recreate his observations on a smaller scale, Wilson returned to Cambridge and began expanding humid air within a sealed container. He began to hypothesise that the water was able to condense on the nuclei within the chamber. To test this he began experimenting with x-rays. This led him to investigate the creation of cloud trails caused by ions and radiation, and he was the first person to photograph the tracks of individual alpha and beta particles. For the invention of the cloud chamber he was awarded the Nobel Prize in 1927.